The headcount reduction in 2016 was due to the Nickel Plant shutdown and disposal of certain assets.

In 2016, the Company continued rolling out the SAP HCM-based automated HR management system: on 1 January 2016, it was implemented in Bystrinskoye Mining Company, and on 1 April 2016 – in Polar Division. In February 2016, the Head Office saw the launch of a business travel automation project (SAP FI-TV) rolled out to Kola MMC and Pechengastroy on 1 July 2016. In the reporting year, Polar Division also introduced self-service kiosks and SMS notifications for employees.

Employment for the Nickel Plant staff

To retain the unique skills of Nickel Plant after its shutdown, the Company took steps to provide redundant employees with new jobs in the Company’s Polar Division and other Russian subsidiaries.

In accordance with the labour and employment laws, the Company informed the local employment agency, its social partners, the trade union of MMC Norilsk Nickel and its subsidiaries, Social and Labour Council, and the elected body of Nickel Plant’s primary trade union organisation of launching the redundancy procedures at Nickel Plant.

By the end of 2016, the Company had finished informing the employees that had not yet selected a new job, on the expected openings in Polar Division and the Company’s subsidiaries in the Norilsk Industrial District, and signed addenda to employment contracts to provide new positions within the Company’s Polar Division and other operations. As at 31 December 2016, 1,680 employment contracts were signed, and all employees were redeployed.

As at 31 December 2016 1,680 employment contracts were signed, and all employees were redeployed

The Company signed agreements with 569 employees as part of the Metallurgy Veterans Programme; as at 31 December 2016, all participants received a one-off redundancy payment.

To allocate jobs for the redeployed Nickel Plant employees, the Company signed a total of 160 agreements with the staff of Copper Plant and Nadezhda Metallurgical Plant, enabling them to participate in the Complementary Corporate Pension Plan in case of employment termination in 2016. As at 31 December 2016, one-off termination payments were made to all participants (107 employees received payments under the Complementary Corporate Pension Plan, and 53 employees received severance payments).

For the redundant workers of Nickel Plant classified as “vulnerable”, the Company offered additional benefits and termination guarantees. As at 31 December 2016, 41 respective employees signed redundancy agreements with the Company, terminated their employments and received all due payments. 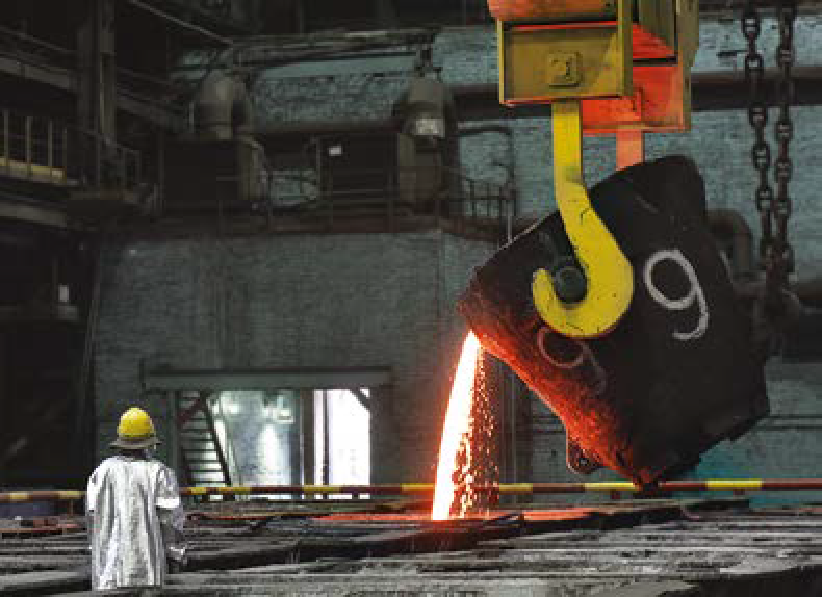 From the beginning of 2016, 644 Nickel Plant employees completed professional training to gain new vocational qualifications, with another 69 in process. On top of that, 514 employees underwent training to upgrade their qualification category and get permits for specific types of work.

While implementing these initiatives, the Company was continuously engaged in internal and external communications (meetings of working groups with the management and employees of Polar Division’s metallurgical units, staff and face-to-face meetings, interviews, TV and media communications, distribution of information materials, etc.).

The Company applies a wide range of advanced sourcing technologies. In particular, we use a specialised website called Norilsk Nickel – Jobs and Careers and a free employment hot line 8 800 700 1943.

The Company also implements corporate programmes to attract workers and specialists from among young people that are completing training in their professional schools. The Company has ongoing relations with colleges and universities and offers internships to students majoring in much sought-after professions and qualifications.

In 2015, the Company reconfigured its classical field internship programme by focusing on the educational component of the development for its future employees to become new industry leaders. Norilsk Nickel was the first company in the Russian mining industry to apply the method of interaction with students and graduates based on their participation in solving real business tasks. The method served as a basis for the Conquerors of the North business game held as part of the Professional Start programme that took place in Norilsk in summer 2015.

In 2016, the programme brought together 360 people, with 215 of them taking part in the business game. For two summer months, the programme participants were offered to take a hands-on training and a multi-stage business game with a focus on team work to try and tackle some of the Company’ real tasks. The participants were assisted by 20 mentors from among the Company’s employees.

In 2016, Kola MMC joined the Conquerors of the North business game.

In 2016, the Company won the Graduate Award 2016 for the best student engagement programme in Russia.

The Company also attracts employees from other regions as part of the programme called Assistance to New Employees in Adapting to the New Place of Residence in Norilsk and the Taimyrsky Dolgano-Nenetsky Municipal District. To do that, we are recruiting young talents and qualified workers from across Russia to fill positions on the skills shortage list.

In 2016, there were 1,943 people participating in the programme. As part of it, the Company helps to provide comfortable living conditions for the visiting employees and reimburses the relocation and resettlement costs.

As a way to identify and recruit the best candidates to fill open vacancies and reduce staff turnover, in 2016 the Company started using the latest methods of employee evaluation and capacity assessment. Those help measure intellectual abilities and risk appetite of each individual, which are important in recruiting candidates to positions with a high level of exposure to occupational hazards. They are also helpful in obtaining information about each employee’s motivating and demotivating factors. The project was first piloted at Bystrinskoye Mining Company, where 100% of new employees were recruited following successful assessment results.

MMC Norilsk Nickel’s business is based on respect for each employee and their rights. The Company’s position on human rights is reflected in the Code of Business Ethics, Personal Data Policy, and Anti-Embezzlement Regulation.

In 2016, the Company started implementing a talent pool management framework for lower and middle line managers. Approaches to building the talent pool were cascaded to operations of Polar Division, Kola MMC, and Pechengastroy. More than 800 talent pool candidates went through the assessment and selection stages. A total of 112 candidates with strong potential capacities were included into the talent pool for managerial positions. Each employee in the talent pool is supervised by their manager, who is assigned to share knowledge and experience and help develop managerial skills and professional competencies, while also acting as a mentor.

In 2016, we implemented a programme called Management Start to provide training in managerial skills for recently appointed managers at production units. The programme covered 93 people in the Norilsk Industrial District and 45 people in Kola MMC. Ten best performing programme participants were offered internships at the Company’s European facilities.

In 2016, we continued our efforts to develop managerial skills in managers from the Top 500 and Top 1,000 categories. More than 350 managers and other employees were covered by training in communication skills.

In 2017, the key focus will be made on re-building the corporate training framework and enhancing the operational performance of corporate training centres. The Company plans to create and roll out training programmes for Top 100 managers. An area of special attention will be the introduction of modern technologies to assist in the training of various personnel categories. With our reconfigured production cycle, modernised operations, and new technologies, forms and approaches to activities in a rapidly changing operational environment, we need to make sure our employees meet new requirements to professional knowledge, skills, and competencies. The corporate training framework must provide employees with a quick and easy access to new knowledge, helping them master new professional skills and receive training and development support for horizontal and vertical job rotation.

Russian operations of Norilsk Nickel have established a social partnership framework aimed at reconciling interests of employees and employers on matters pertaining to the regulation of social and labour relations. The Company meets all obligations under the Labour Code of the Russian Federation, collective bargaining agreements and joint resolutions.

As at the end of 2016, 11.5% of employees engaged in Norilsk Nickel’s Russian operations were members of trade union organisations.

Trade union organisations of Nornickel and its subsidiaries, Kola MMC and its subsidiaries, NordStar Airlines and Zapolyarye Health Resort are all members of the Trade Union of MMC Norilsk Nickel Employees, an interregional trade union organisation. In the reporting year, the relationship between the employer and the Trade Union was governed by the Social Partnership Agreement signed in 2014 to formalise implementation procedures for joint initiatives ensuring sustainable performance, operating and financial excellence, employee welfare, health and safety, and enhancement of social benefits.

In 2016, a number of Norilsk Nickel’s Russian operations entered into new collective bargaining agreements and extended the expired ones. Collective bargaining commissions amended the relevant agreements in the reporting year. The need to make those amendments was mostly related to adjustments in wage rates arising from legislative changes, organisational structure transformation and introduction of a new automated HR system. In general, Norilsk Nickel’s Russian operations comply with the applicable laws and substantially meet employee expectations.