The Company makes a significant contribution to the development of local communities by implementing a range of social programmes that address current and future objectives. Norilsk Nickel’s key regions of operations in Russia include the Krasnoyarsk Territory, the Kola Peninsula, and the Trans-Baikal Territory.

In 2016, the Company together with state authorities continued implementing a joint long-term target programme to relocate people living in Norilsk and Dudinka (Krasnoyarsk Territory) to the Russian regions with favourable climate conditions. This ten-year programme has been in place since 2011 and provides for relocation from Norilsk and Dudinka of 11,265 families (1,126 families per year) registered in the respective municipalities as those entitled to resettlement under Federal Law No. 125-FZ On the Housing Subsidies for Citizens Migrating from the Far North Regions and Equated Territories dated 25 October 2002.

In 2016, the Krasnoyarsk Territory’s Ministry of Construction, Housing and Utilities issued a total of 648 home purchase certificates under the applicable housing quota.

The Company acts as a programme sponsor

The Company recognises the right of indigenous peoples to preserve their traditional way of life and factors in their need for decent living conditions. In 2016, the Company did not commit any violations affecting the rights of indigenous minorities.

The Company contributes to the preservation of traditions and culture of indigenous minorities of the North by helping to stage professional festivals of tundra inhabitants. In 2016, the Company provided around USD 75,000 for these purposes.

In the same year, to preserve and popularise local traditions, the Company organised a large-scale ethnocultural city-wide festival in Norilsk, Big Argish, primarily with the aim of promoting and developing the region’s tourist potential. Those engaged in festival preparations were Dudinka cultural institutions and family national associations of indigenous peoples of Taimyr. The Company spent USD 299,000 to stage the event. 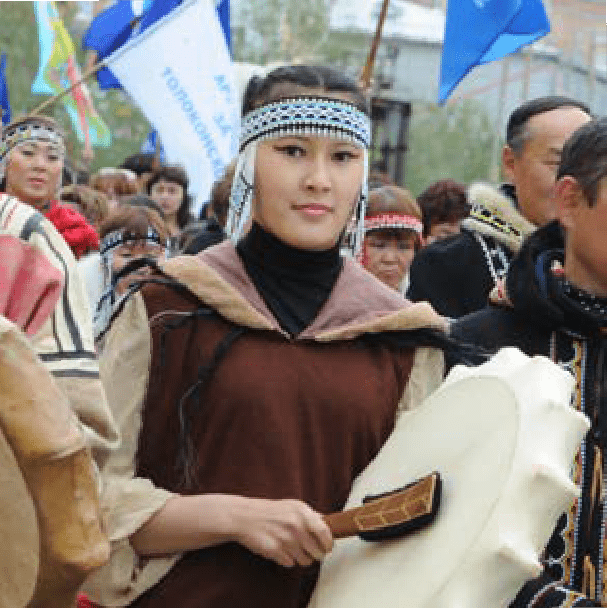 The Company is actively involved in the development and renovation of social infrastructure all across its footprint, looking to create accessible and comfortable environments for working and living.

In 2016, Norilsk Nickel continued building a fibre optic communication line between Novy Urengoy and Norilsk (the construction started in late 2014) with a view to providing people with a stable internet connection. The line will be over 900 km long, with 200 km running through permafrost and 4.5 km beneath the Yenisey River.

Under the Russian Transport Development Federal Programme, in 2014–2018 Norilsk Nickel and the Federal Air Transport Agency are to reconstruct the civilian part of the Norilsk Airport. The Company’s financing of the project will total approximately USD 50 mln, with around USD 12 mln already spent in 2014–2016.

Since 2013, the Company has assisted in the development of the Tver Region under the agreement with the local government and Zavidovo Development. Results of 2016 include overhaul of a school and revamping of the adjacent territory, and construction of a bus station in the village of Zavidovo (Konakovo District, Tver Region) with convenient access roads.

On 3 October 2016, a tripartite memorandum of cooperation was signed in Norilsk between the heads of the Norilsk Municipality, Norilsk Nickel’s Polar Division and the Vladimir Potanin Foundation with a view to establishing the Norilsk Development Agency. The Agency’s key objectives include launching projects for economic diversification and urban space transformation, creating a favourable investment climate in the city, providing support for small and medium-sized businesses, and promoting local employment and self-employment. In addition, there are plans to develop the tourism cluster based on local natural and production facilities, hold training sessions and promote branded businesses and entrepreneurial initiatives. 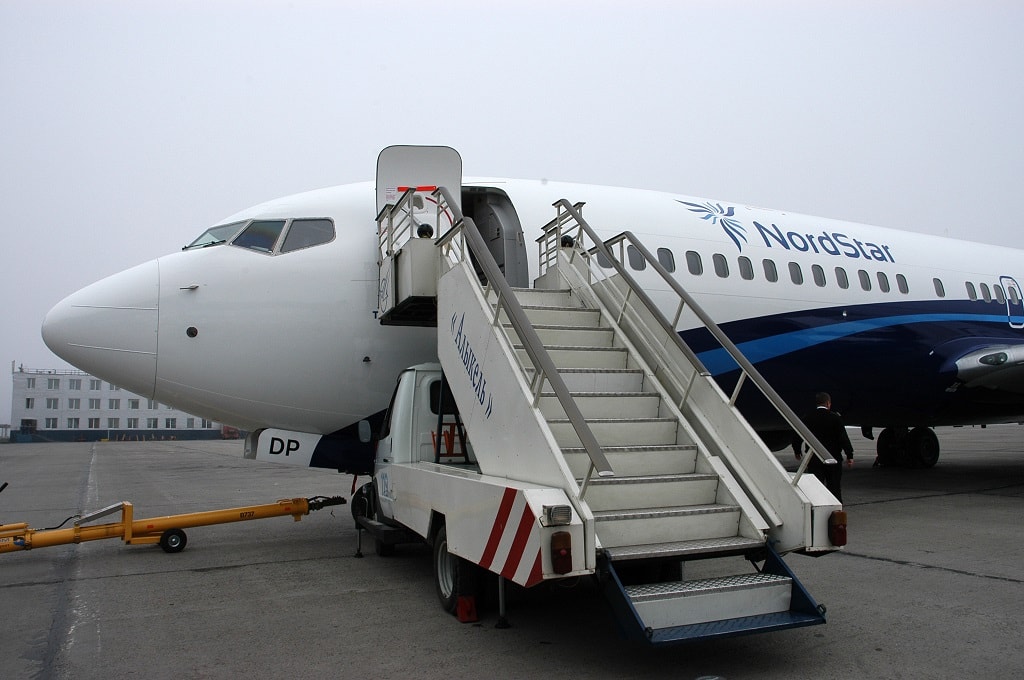 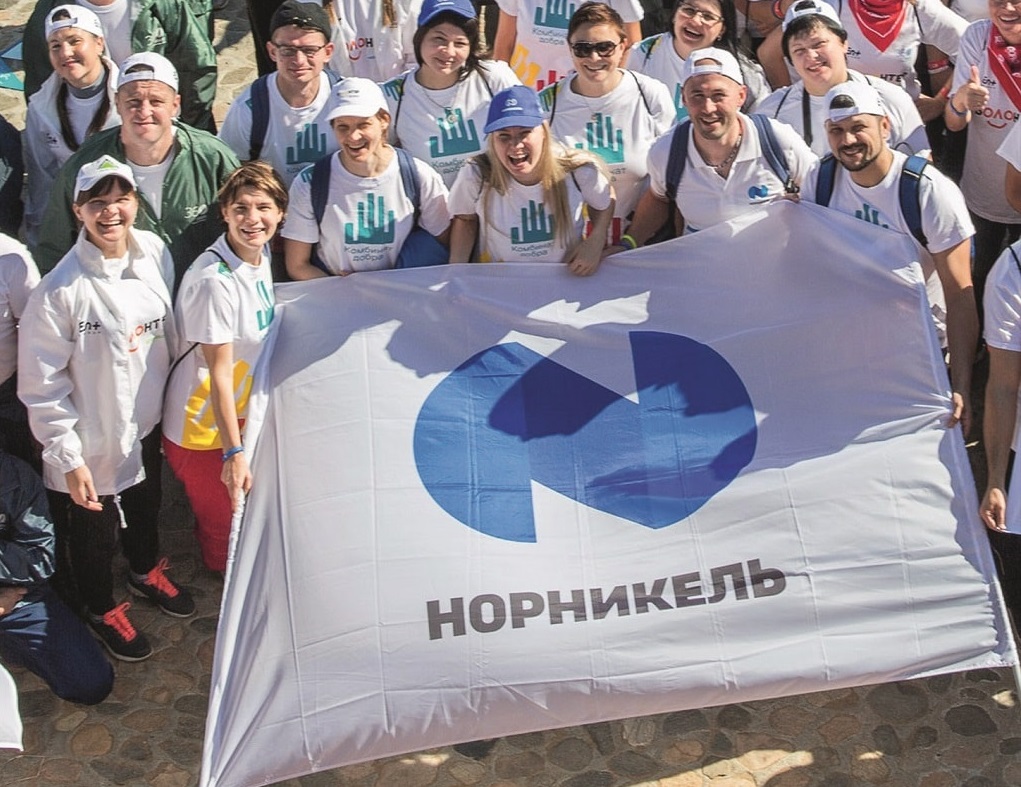 The Company has launched World of New Opportunities charity programme to encourage and promote sustainable development of local communities. In order to achieve this goal, the Company focused on the following objectives: development of soft skills of local communities’ representatives, demonstration and introduction of new social technologies, support and promotion of public initiatives, encouragement of intersectoral partnership.

In the spring of 2016, the Company promoted Social Technologies Forum – a city event to bring together representatives of local communities, government authorities and commercial organisations to discuss technologies and procedures of addressing social issues of the local communities, impart trends and best practices in charity and volunteer initiatives, demonstrate successful resolution of social issues. 2,265 citizens and 28 experts in developing civil society in Russia participated in social forums in Norilsk and Monchegorsk.

The Company aims to impart new skills and competencies to the participants contributing to the development of the local expertise. For the second year running, the Company stages three-day “social engineering” workshops for social activists, which combine theory and practice encompassing stages from idea generation to its implementation. In three days, 104 workshop participants from Norilsk, Dudinka, Monchegorsk and Zapolyarny developed and staged nine city events reaching out to over 1,500 local residents.

On the Company Day in 2016, Nornickel staged its first PicNick event, a festival “for a good cause” organised by local activists, participants of World of New Opportunities programme (winners of the Socially Responsible Initiatives Competition, socially responsible businessmen and FabLab employees) and Plant of Goodness corporate volunteer programme. It was a street festival with a projects fair, workshops, training, etc.

Grant funding totalled USD 1.4 mln
385 project bids
95 of which were approved for funding 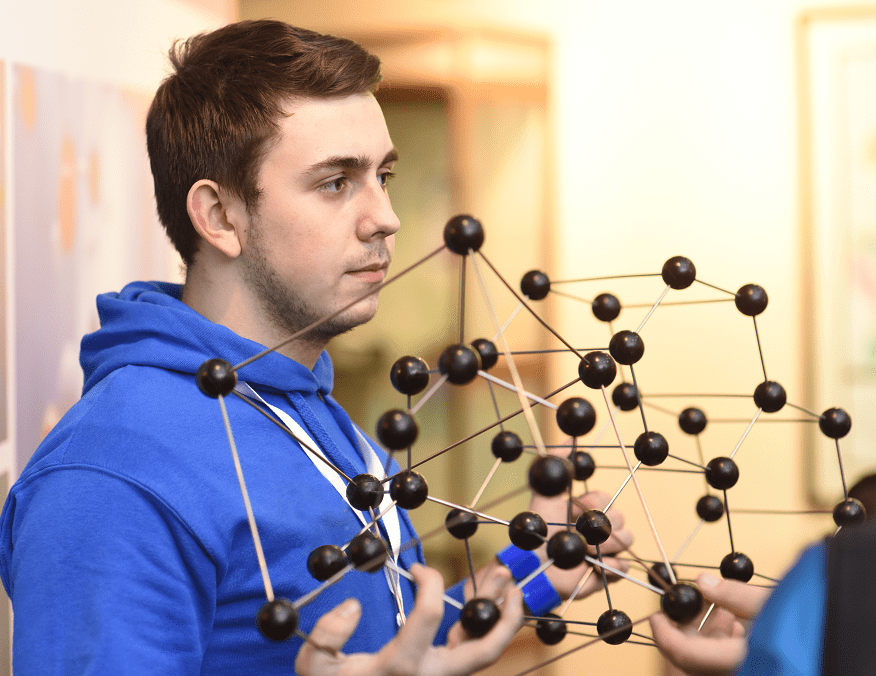 In the autumn of 2016, Norilsk, Dudinka and Zapolyarny saw Arctic Wave R&D festivals aimed to promote R&D among the youth, support creative engineering and innovative thinking among schoolchildren, and demonstrate latest scientific achievements.

For the third year running, the Arctic.PRO R&D marathon drew in over 1,000 schoolchildren aged 12 to 15.

For the second year running, the Company acts as the general partner of the All-Russian Festival of Science held by Lomonosov Moscow State University. In the autumn of 2016, Krasnoyarsk hosted Discovery City science festival with over 400 educational and interactive sites. Over 70,000 residents participated in three-month festival activities.

Development engages active citizens and SMEs to address social issues of the local communities with the benefit of business processes.

The Company staged a course in social entrepreneurship, its participants develop business plans and showcase them at the Investment Session. Experienced trainers (active businessmen) assist participants with classes and homework.

In 2016, 19 social business projects were delivered at the Investment Session, out of which nine projects were approved for funding in the form of interest-free loans worth USD 0.4 mln. Over 60 jobs were created. Two clubs for socially responsible businessmen were open.

On 30 November, Norilsk hosted Franchising as a modern instrument of services and trade development conference and franchise fair. The event was organised by the Russian Franchise Association and sponsored by Nornickel. The participants discussed development potential of franchising and commercial real estate market, use of global experience in creating trading and hospitality infrastructure, logistic solutions. As part of the conference, the participants showcased franchises in the field of trade, services, catering, sports and beauty.

In 2016–2019, Nornickel is going to invest in the development of Rosa Khutor ski resort USD 250.5 mln. This is done in order to preserve the heritage of Sochi Olympics as part of the with Popular Sports Support Programme in Russia. The funding is aimed at transforming the Olympic resort to a year-round tourist attraction, develop new ski trails and lifts, build recreational, sport and rehabilitation facilities. As a consideration, Nornickel was granted a minority stake in the Rosa Khutor project. 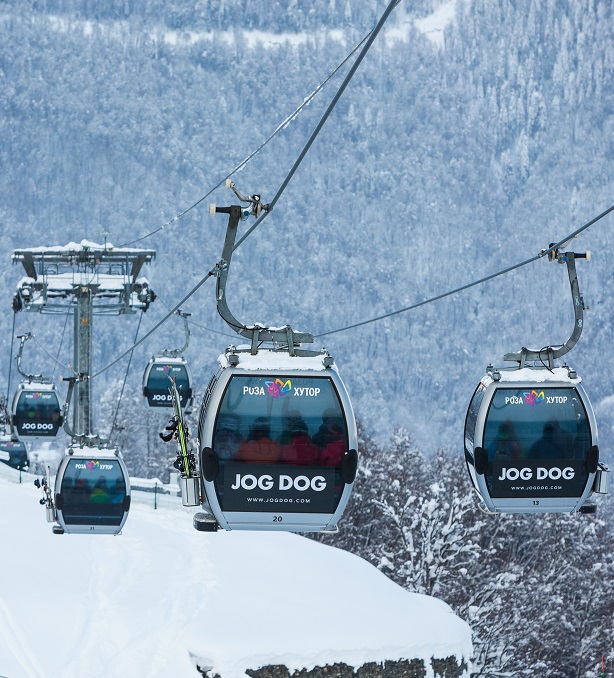 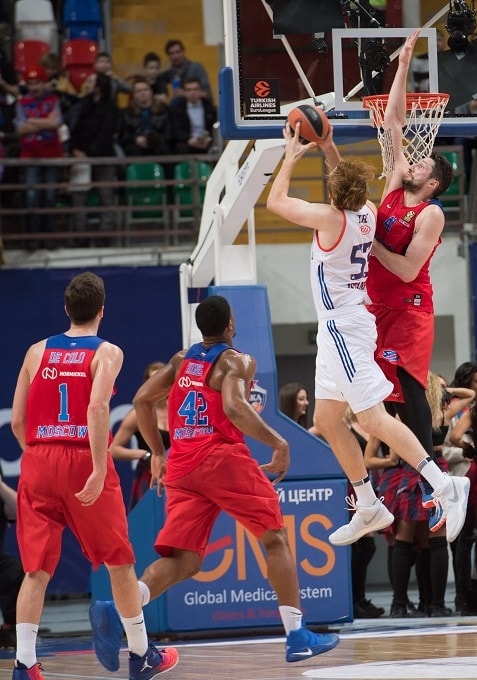 In April 2016, the Company signed partnership agreement with the International University Sports Federation (FISU), under which the Company as an official partner of FISU will promote the development of international university sports movement.

Nornickel continues to provide support to Russia’s most successful and award-winning basketball club. In 2014, the team won 2016 EuroLeague Final Four over the strongest European basketball clubs.

In 2016, the team and administration personnel of Norilsk Nickel minifootball club were moved to Norilsk. Located in Norilsk, Norilsk Nickel minifootball club participates in Russian Super League Championship and Russian Futsal Cup. The club’s movement gave a powerful push to minifootbal development in the local community. Russian Futsal Association together with MMC Norilsk Nickel rapidly and successfully develop All-Russia project Minifootbal at Polar Region schools. In the framework of the projects the club’s football players hold workshops for schoolchildren, and special training sessions for trainers. 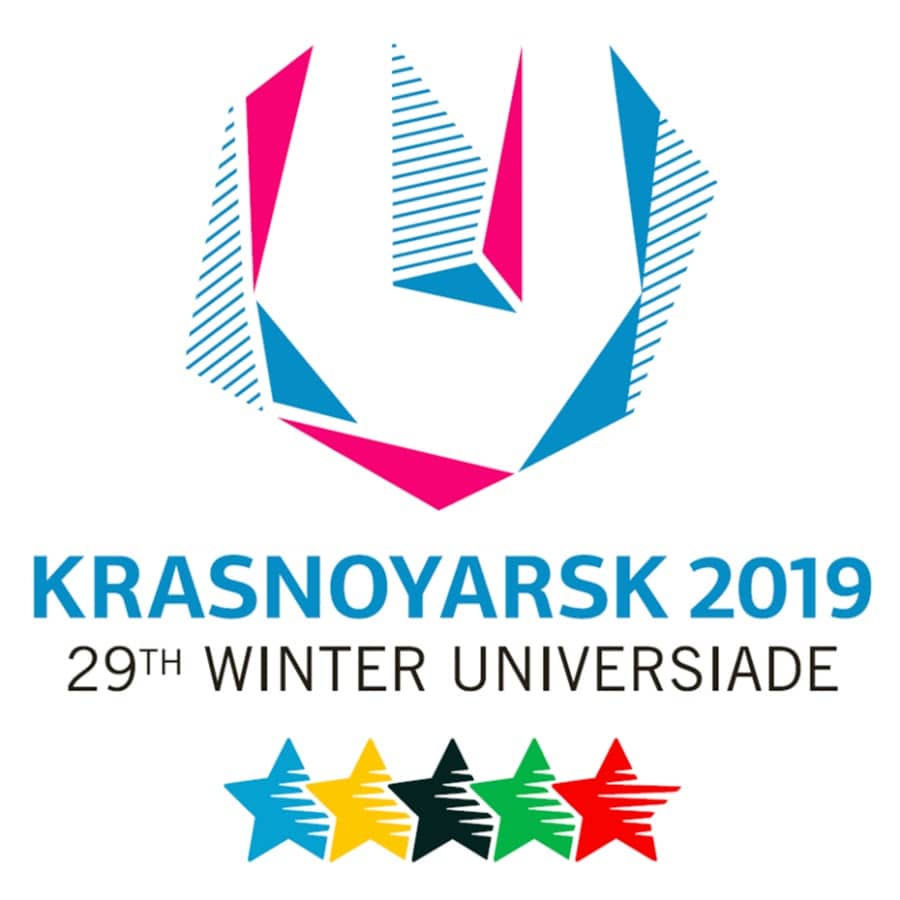 The Company, acting as the general partner of 2019 International Winter Universiade in Krasnoyarsk, successfully and promptly fulfils its obligations in line with the preparations for the upcoming international sports event. In 2016, the Company launched construction of a new athletic-training complex equipped with broadcasting system in Bobrovy Log Fun Park, expansion of skiing trails, development of integrated security system, and construction of a landing site for ambulance helicopter. During the upcoming Unversiade, 7 skiing trails will be used in Bobrovy Log Fun Park.

The Company’s participation in the Winter Universiade will help create the most modern sporting infrastructure in compliance with global standards, designed for professional sportsmen training, to provide more comfortable and safer conditions for participants at the start point on the trail, broadcast the alpine competitions using the most up-to-date equipment.

The Company also trains skilled personnel and volunteers to hold the 2019 Winter Universiade. Funding, provided by Nornickel, will support training for the managers of sports facilities, heads of functional divisions and sports top-managers, as well as volunteering team-leaders in 2017–2019 in Russian International Olympic University and Siberian Federal University.