The Company has an internal control system in place intended to promote the achievement of the Company’s goals and enhance investor confidence in its business and corporate bodies. The internal control system is aimed at improving the effectiveness and efficiency of activities, keeping reliable and accurate financial and management accounts, ensuring compliance with the requirements of applicable Russian laws and the Company’s by-laws.

The Company has the Internal Control Policy in place adopted by resolution of the Board of Directors on 25 August 2016 (Minutes of the Board of Directors No. GMK/32-pr-sd). In addition, internal control requirements, procedures, and processes are also covered by the procedure for “Internal Control Processes at MMC Norilsk Nickel”, as well as by business unit regulations and other internal guidelines.

All internal control processes, principles, mechanisms, means, and procedures are structured into a system of elements:

Entities that form the internal control system are structured on a number of levels, which include the Company and subsidiaries’ corporate bodies, business units and employees as well as dedicated control bodies:

The Internal Audit Department was established to assist the Board of Directors and executive bodies in enhancing the Company’s management efficiency and improving its financial and economic operations through a systematic and consistent approach to the analysis and evaluation of risk management and internal controls as tools to provide reasonable assurance that the Company will achieve its goals.

The Internal Audit Department conducts unbiased and independent audits, assessing how effective the internal control system and the risk management system are. Based on the audits, the Department prepares reports and proposals for the management on how to improve internal control and risk mitigation procedures, and also monitors the development and implementation of action plans to eliminate violations.

In 2016, the Internal Audit Department remained focused on:

In 2016, comprehensive audits were conducted in subsidiaries of the support complex, transport and logistics complex, and non-industrial assets. Based on these audits, the management developed action plans which provide for a range of activities aimed at improving internal control procedures and mitigating risks.

The Internal Control Department aims to create an efficient internal control framework that represents a combination of organisational processes, policies and guidelines, control procedures, corporate culture principles and actions that the internal control entities perform to provide reasonable assurance that the Company will achieve its targets; the Department’s functions include:

The Company complies with Russian and international anti-corruption laws. In its interaction with government officials, the Company, as well as its employees and corporate bodies, comply with the applicable laws (including anti-corruption laws), thus fostering the Company’s reputation and building up trust towards the Company from its shareholders, investors, business partners and other stakeholders.

The Company joined the Anti-Corruption Charter of the Russian Business.

In November 2016, the Company joined the United Nations Global Compact, which aims to promote recognition and practical application of ten basic principles of human rights, labour, environment and anti-corruption by businesses worldwide.

Regulating the conflict of interest

On top of that, the Company has undertaken measures aimed at preventing potential conflict of interest involving corporate bodies and key managers.

In December 2016, the Company approved the Report Form on relatives and family members to be submitted annually by members of corporate bodies.

Alongside with the measures listed above, the Regulation on the Prevention and Management of Conflicts of Interest at MMC Norilsk Nickel extends to all employees of the Company. The Regulation sets forth key principles aimed at meeting the balance of interests between the Company and its employees. These include obligation of each employee to disclose a conflict of interest and protection against liability in relation to the reported conflict. The Company undertakes measures aimed at identifying related-party transactions.

All measures combined, undertaken in order to identify and prevent conflicts of interest, minimise the probability of negative consequences for the Company.

In February 2010, the Company launched the Corporate Trust Service. It helps the Company’s management promptly respond to reports of abuses, embezzlement and other violations. Shareholders and other stakeholders have an opportunity to report any actions that will or might result in financial damages or be detrimental to the business reputation of the Company. The key principles underlying the Corporate Trust Service include guaranteed confidentiality for whistleblowers and timely and unbiased consideration of all reports.

Information on received an processed reports is disclosed annually by the Company as part of its CSR report.

Improving procurement Detailed information on procurement by the Company is disclosed in the Procurement section of this Annual Report.

The company implements actions to prevent unauthorised use of insider information. In accordance with Federal Law No. 224-FZ of 27 July 2010 “On Prevention of Unlawful Use of Inside Information and Market Manipulation and on Amendments to Certain Legislative Acts of the Russian Federation”, as well as the Market Abuse Regulation of the European Union No. 596/2014 of 16 April 2014, the Company keeps a list of insiders, keeps track of transactions and constituent documents, as well as events, in order to control implementation of measures as provided in Russian and international legislation, which includes disclosure of insider information. The Company also undertakes other measures aimed at preventing unlawful use of insider information.

Integrated safety system of the Company

In 2016, MMC Norilsk Nickel’s corporate security operations focused on regular updates and the implementation of a comprehensive security system, which drew heavily on the ongoing analysis of the full range of the Company’s modern-day challenges and threats in a rapidly changing operating environment.

The ongoing implementation of the MBO (Management by Objectives) principles in the economic, corporate, information and physical security systems has enabled the Company to promptly and adequately respond to the production and financial risks, clamp down on embezzlement, implement initiatives to counter illicit trafficking of precious metals and metal bearing materials, and efficiently prevent in-house corruption.

In an effort to take public-private partnership in the field of security to a new level of quality, cooperation was established with government law-enforcement authorities, also in the Company’s regions of operations. The Company pays special attention to complying with the federal anti-terrorism laws and enhancing security of the Company’s strategic power and transportation facilities. In 2016, the close cooperation with law enforcement authorities helped the Company protect these facilities from any potential unlawful intrusion.

The Company ensures 100% safety and confidentiality of the employee and counterparty personal data through an ongoing upgrade of the dedicated protection systems. Steps are taken to integrate information security processes with other group-wide business processes and novel IT solutions. Measures undertaken in 2016 ensures a reliable protection of the Company’s IT infrastructure. MMC Norilsk Nickel receive an outstanding award at InfoSecurity Russia 2016: Best Industrial IT Security.

The Company has further fostered its international activity in the field of industry-specific business security. As the chair of the Security Committee of the International Platinum Group Metals Association, the Company’s representative works together with the United Nations Interregional Crime and Justice Research Institute (UNICRI) to prepare and implement practical recommendations in order to strengthen public-private partnerships aimed at fighting illicit transnational trafficking of precious metals. These initiatives received the support of world’s major metal producers.

The Institute for Modern Security Challenges, the Company’s subsidiary, has been developing new corporate tools to protect the Company’s legitimate interests focusing on the analysis of best international practices, introduction of acknowledged standards and practices of secure development of mining companies, expert reviews and preparation of analytical materials. Their practical implementation is aimed at optimising the Company’s security costs and more efficient process management. 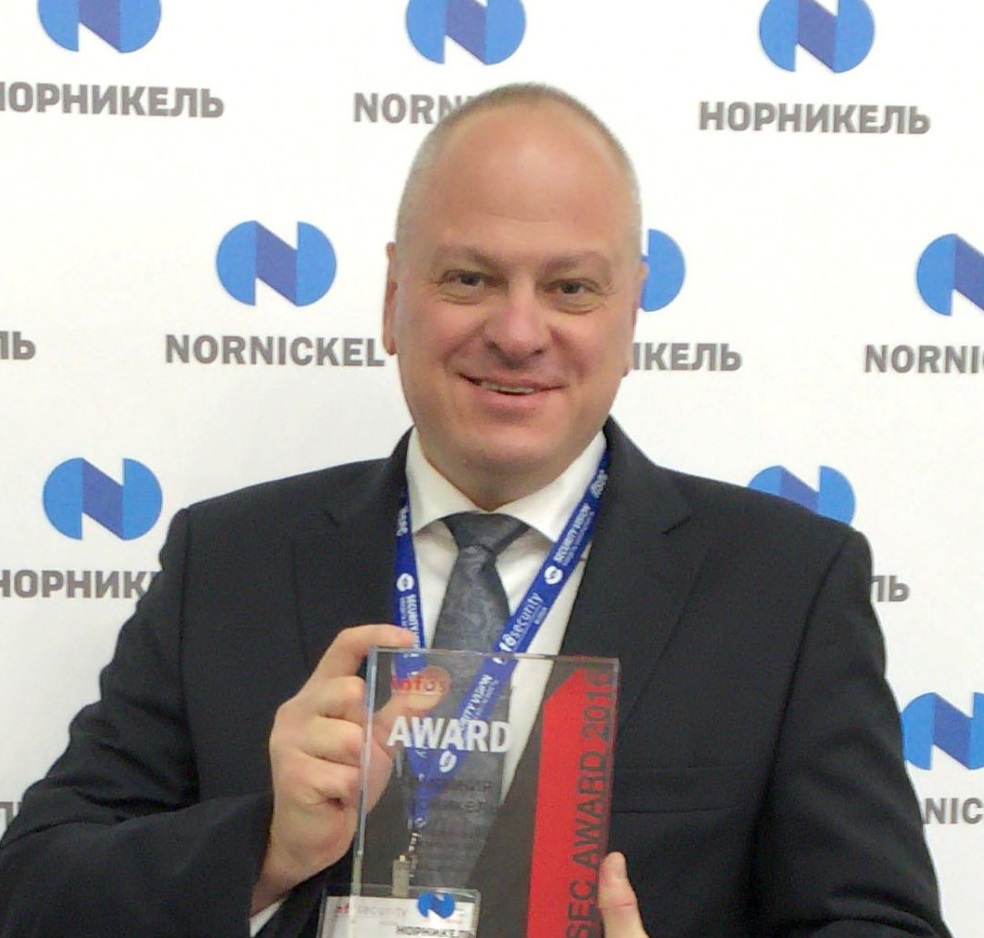 Selection of the auditor for both RAS and IFRS financial accounts is done in line with the Procedure of Auditor Selection, as endorsed by the Company. A tender commission is established for the purpose of selecting the auditor. The commission produces lists of auditors who perform pest in the Russian market of audit services. The auditor whose conditions of RAS and IFRS audit are recognised to be the best following the Procedure, is then acknowledged as the winner of the tender by the Audit Committee and is recommended to the Board of Directors of the Company.

For more information on risk management see in the quarterly reports of the Company in section 2.4 “The risks connected with purchase of placed securities” located on website

The auditor’s fee, as endorsed by the Board of Directors, stood at USD 2.2 mln, including overhead charges and VAT. The share of non-audit services rendered to the Company stood at 15% of the total KPMG fee for 2016.

In line with the audit contract, the auditor delivered the following: